5 Dishes You Absolutely Need to Eat When You Visit Spain

The cuisine of Spain differs from region to region and is full of uniqueness recipes made from local ingredients. Here are the 5 dishes you must get a taste of.
Quick links

Everyone knows that one of the many joys of traveling is getting to experience the local cuisine and try the dishes that make up the local culture. Sampling new and delicious foods is one of the simplest ways to understand more about the place that you’re visiting. Spain is a country that is known for its rich, inviting, and delectable cuisine, so here are 5 dishes that you absolutely need to try when you visit!

A bit about Spanish cuisine

Spanish cuisine is so diverse from region to region, as each part of the country has its own dishes that mark the uniqueness of its history and heritage. The Spanish utilize the best of the local ingredients at hand, whether they be fresh, seasonal produce, seafood from the Mediterranean and Atlantic, or meat from the interior of the country. However, there are many dishes and tapas that every Spaniard can agree upon that make up the heart of the country’s cuisine, some of which are selected here.

Without a doubt, the first dish that you need to try is Spain’s national dish, paella. This savory rice dish is full of flavor and features some of the best local ingredients around. While there are many varieties, the original recipe, paella valenciana, is by far the most popular. This version includes chicken, rabbit, and vegetables, and is quite hearty. However, there are paella recipes for all tastes, as this dish can also contain any number of vegetables, seafood, or meats.

There’s no way we can talk about Spanish cuisine and not mention Spanish ham! Jamón ibérico is the king of Spanish hams, with a buttery texture that almost seems to melt in your mouth. It’s best eaten as is, in paper-thin slices straight from the ham leg. However, Spanish ham also tastes delicious when paired with Spanish cheese, Spanish tomato bread, or on a baguette to fill in a sandwich.

Croquetas are one of the most popular tapas in Spain since they are easy to share, can be eaten in just a few bites, and are absolutely delicious. These little bites are filled with ingredients like Spanish ham, chicken, or vegetables, mixed with bechamel sauce, and then fried until golden and crispy. They are one of the ultimate comfort foods since they are crunchy, salty, and definitely hit the spot when you’re craving something fried. Want to try some of the best? Join Food Lover Tour on an amazing food adventure and you can sample some of our favorites!

A healthier alternative, but still amazingly flavorful, is gazpacho. Mostly a summertime specialty, this chilled tomato soup is light, refreshing, and quite delicious for how simple it is. Spain is known to have intensely hot summers, so cooling down with a cold bowl of gazpacho is one surefire way to beat the heat. It’s also a tasty way to get in a couple servings of veggies, since this soup is packed with tomatoes, cucumbers, and bell peppers!

Tortilla de patatas, or Spanish omelet, is a dish that every Spaniard says that their mother prepares the best. This omelet is filled with fried potatoes and cooked until golden on the outside, resulting in the most delicious, comforting egg dish you will ever try. It’s another tapas bar favorite since it’s simple, easy to eat and share, and really fills you up.

If you want to really see what Spanish cuisine is all about, come join Food Lover Tour on a food tour you’ll never forget! Our culinary adventures will show you where the locals themselves love to eat, drink, and shop in Barcelona, Madrid, Seville, Granada, and Malaga in Spain, and in Porto and Lisbon in Portugal! 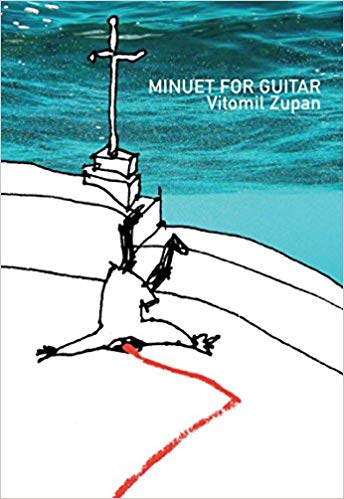 Books set in your holiday location

Many holidaymakers choose to read a novel, travelogue or memoir set in the destination they are visiting. It adds to their holiday...
2 min read
Read more 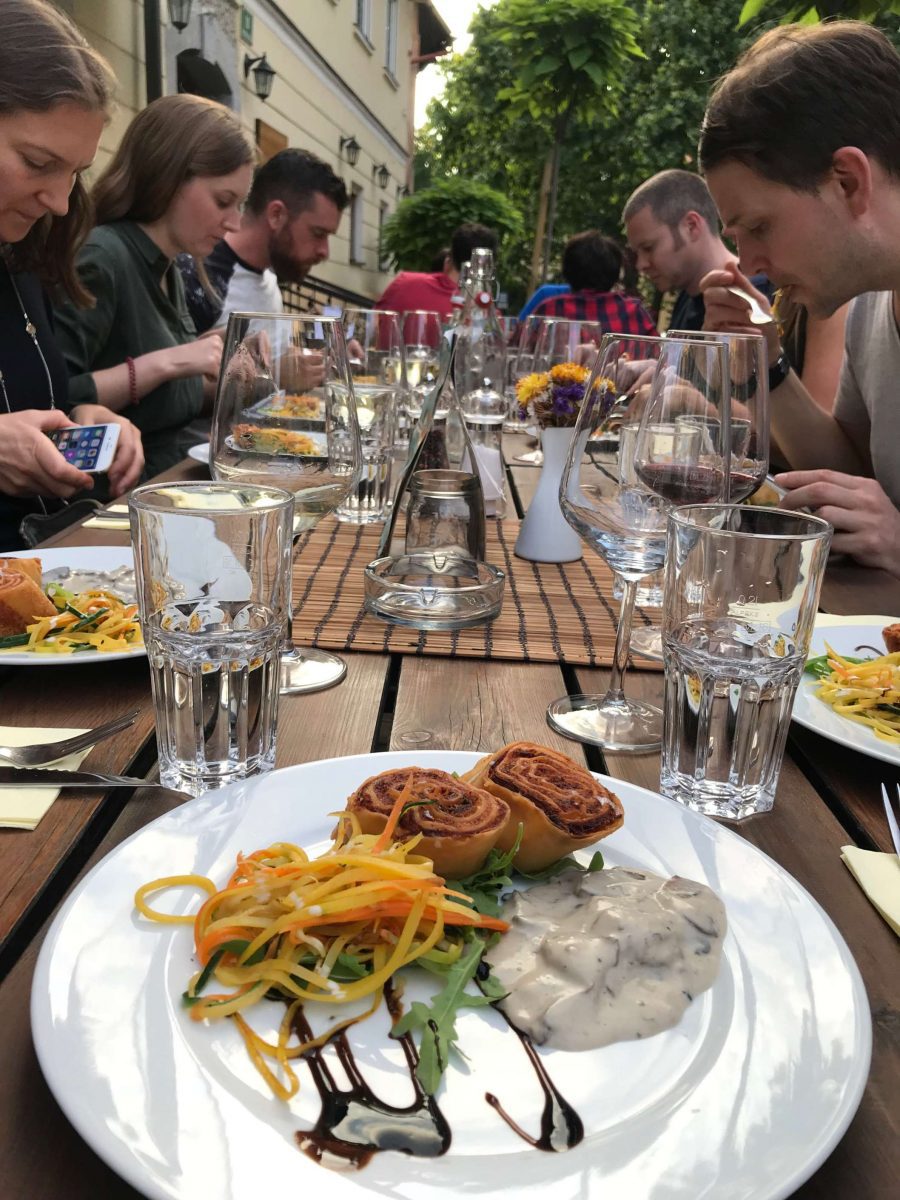 Slovenian Food: What to Eat in Slovenia?

Slovenia is a paradise for food lovers, with a rich and diverse cuisine from 24 gastronomic regions. If you were to go on a culina...
6 min read
Read more 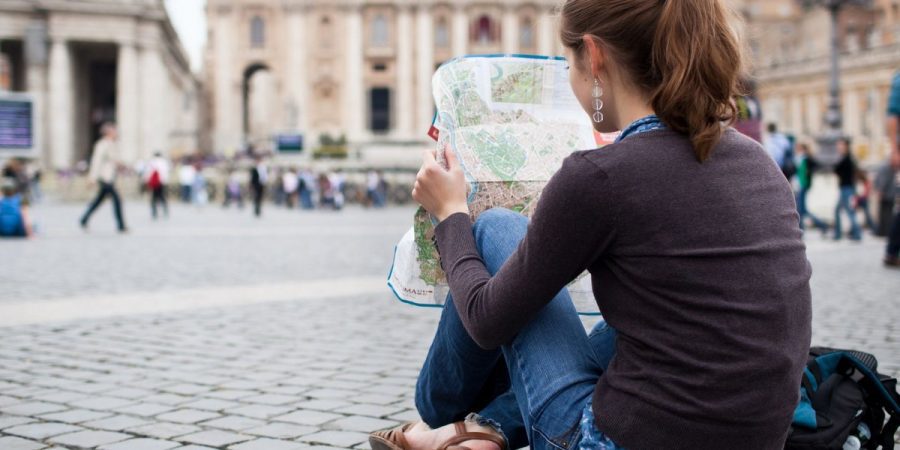 5 Tips On Staying Safe While Travelling

Get a taste of traditional Slovenian cuisine as we take you on a walking tour of Bled, and learn about the town’s history and local culture.
© Copyright by Food Tour Bled
Portfolio company of World Discovery.
Simona
Usually replies within 4 hours!
info@foodtourbled.com
+386 41 90 50 70
WhatsApp chat
Facebook messenger

This website uses cookies to improve your experience while you navigate through the website. Out of these, the cookies that are categorized as necessary are stored on your browser as they are essential for the working of basic functionalities of the website. We also use third-party cookies that help us analyze and understand how you use this website. These cookies will be stored in your browser only with your consent. You also have the option to opt-out of these cookies. But opting out of some of these cookies may affect your browsing experience.
Necessary Always Enabled
Necessary cookies are absolutely essential for the website to function properly. These cookies ensure basic functionalities and security features of the website, anonymously.
Functional
Functional cookies help to perform certain functionalities like sharing the content of the website on social media platforms, collect feedbacks, and other third-party features.
Performance
Performance cookies are used to understand and analyze the key performance indexes of the website which helps in delivering a better user experience for the visitors.
Analytics
Analytical cookies are used to understand how visitors interact with the website. These cookies help provide information on metrics the number of visitors, bounce rate, traffic source, etc.
Advertisement
Advertisement cookies are used to provide visitors with relevant ads and marketing campaigns. These cookies track visitors across websites and collect information to provide customized ads.
Others
Other uncategorized cookies are those that are being analyzed and have not been classified into a category as yet.
SAVE & ACCEPT